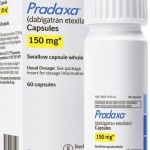 According to a report in the New York Times, this is significant because aspirin is easier to take. Warfarin requires a monthly blood test, and also restricts activities for patients because of its tendency to cause bleeding.

But a number of studies have indicated that Pradaxa causes complications including excessive bleeding. Last year, Pradaxa’s manufacturer reported a link between the drug and at least 260 deaths.

The study comparing warfarin and aspirin, published online in The New England Journal of Medicine, involved 2,305 patients with heart failure and normal heart rhythm. Half received regimens of warfarin and dummy aspirin, the other half aspirin and dummy warfarin.

Researchers followed them for up to six years, tracking incidents of stroke, hemorrhage and death, and found no significant overall difference between the two drugs.

Patients who took warfarin were significantly less likely to have a stroke, but that advantage was canceled out by an increased likelihood of gastrointestinal bleeding and other hemorrhages. There were no significant differences in heart attacks or hospitalizations for heart failure.