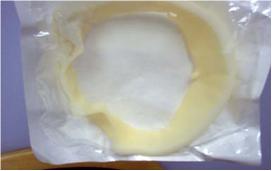 Note to Reader: The FDA classified the recall as a Class I recall, meaning that Stryker’s Custom Cranial Implant Kit could predictably cause serious harm or death.

If you or someone you know has been implanted with a Stryker cranial implant and is suffering side effects or injuries, an individual’s legal rights incur time limits, contact our law firm at once.

Stryker’s Custom Cranial Implant Kit is used during surgical procedures, such as cranioplasties, to repair deformities or defects in the skull. The FDA approved Stryker’s Custom Cranial Implant Kit in March 2005 as a non-sterile device. This meant that hospitals and doctors sterilized the devices themselves prior to using it. However, In October 2007, Stryker began illegally marketing and labeling its Custom Cranial Implant devices as sterile. This meant that Stryker was now solely responsible for sterilizing these products. Despite this requirement and the potential health risks to patients, Stryker negligently failed to follow at least nine (9) safety requirements established by the FDA to ensure that only safe and sterile devices are implanted in patients.

Stryker’s illegal marketing and negligent manufacturing practices have resulted in serious injuries in what is believed to be hundreds of patients.

Serious injuries include but are not limited to:

In September 2009, the FDA investigated the manufacturing facility in which these product were made and discovered that Stryker’s manufacturing practices violated numerous federal safety regulations. As a result, Stryker recalled all Stryker Custom Implant Kits labeled as sterile. Stryker stated that it was recalling these devices because it could not assure sterility of the product and because implantation could result in serious health problems including infection intracranial abscess, wound infection, sepsis, re-operation with revision of cranioplasty, long-term neurological deterioration, additional hospitalizations, long-term intravenous antibiotic treatment and death.

Lopez McHugh is a consumer advocate law firm working on behalf of all U.S. citizens in 50 states that have received defective medical devices, such as the Stryker cranial implant. Legal rights vary by state, and the time for filing a claim is limited. Call our law firm today to have your questions answered by our attorneys who are familiar with the Stryker Corporation and the defective cranial implant.