On 12 October 2009, hospital officials at the renowned Los Angeles Cedars-Sinai Medical Center reported that a serious hospital error caused over 200 stroke patients to receive eight times the normal dose of radiation during a CT procedure known as the CT brain perfusion scan.

If you or someone you know was overdosed with radiation, contact our law firm by calling 877-737-8525, or email using the form to the right to learn your legal rights.  Your consultation is free, and there is no obligation. 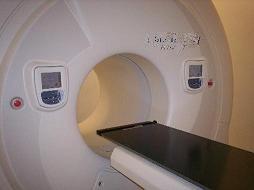 Of the 206 patients exposed to this dangerous dose of radiation, at least 40 percent reported patchy loss of hair as a result of exposure during brain scan. Others reported a reddening of their skin in response to this overdose. What’s worse: according to medical experts, radiation at such a high dose poses an increased risk of cancer.

A spokesperson from Cedars-Sinai pointed out, the risk of cancer from high radiation exposure is lower in older patients who are more likely to die of other causes first. Of those exposed to high radiation due to medical error at the Cedar-Sinai Medical Center, the median age was 70. Nonetheless, this careless medical error subjected hundreds of patients to dangerous levels of radiation, which poses potentially deadly risks.

Details on the medical error

According to the hospital, this medical error occurred in February 2008, when the Medical Center initiated a new protocol on a special type of CT scan that is used to diagnose stroke. This new protocol was implemented because doctors believed it would provide better information about blood flow disruptions in the brain following stroke.

To use this new protocol, the CT scan machine’s standard pre-programmed settings required an override. Unfortunately, there was a misunderstanding about the default settings and the new protocol resulted in the administration of radiation at eight times the intended amount.

According to hospital officials, once these new settings were established, they locked in this higher dose, administering it to every patient who came to the hospital for a CT brain perfusion scan. While the scanner was used for other tests as well, those receiving this specific CT brain perfusion scan were the only patients who received this extremely high dose of radiation.

Astonishingly, this error went unnoticed by hospital staff for 18 months—between February 2008 and August 2009—until a stroke patient reported loss of hair following a CT brain scan.

At that point, the hospital began investigating the problem, discovering that 206 patients had been exposed to eight times the intended amount of radiation during this time. Each of these patients were informed of this serious medical error.

According to medical experts, it would have been difficult to detect this excess radiation exposure simply by looking at the result of a CT scan. However, increased radiation does produce a clearer image.

After learning of the incident, the Food and Drug Administration issued an alert to warn other hospitals and urge them to check their CT protocols. Other “advanced hospitals” around the country are currently reviewing their own safety procedures to detect and/or prevent such errors from occurring at their facilities.

While medical radiation experts claim it is not uncommon for radiologists to re-program CT equipment, doctors often do so in order to administer less, not more, radiation to their patients. Some experts note that overrides are more common in large “state-of-the-art” hospitals.

If you or someone you know was overdosed with radiation, contact our law firm by calling 877-737-8525, or email using the form on the top right-hand side of your screen to learn your legal rights.  Your consultation is free, and there is no obligation.